What is a casting agency? 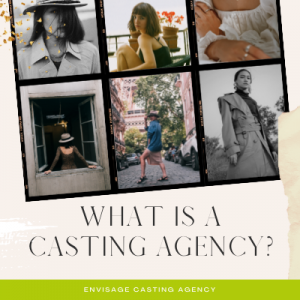 Casting agencies play a major role in the working life of any actor. Without a casting agency, it would be extremely difficult for a director or producer to create a film or theatre production.

What does a Casting agency do?

Casting agencies provide a solution to a producers requirement for performers of any kind. It might be for small parts with speaking roles, or as extras to complete crowd scenes. If a producer wants someone with a specialist skill such as the ability to perform magic tricks or stilt walk – the database of a casting agency will be thoroughly searched to find people with that skill.

Appointing people to the appropriate roles is only one part of the work of a casting agency. The agency also has to organise all the personnel details, making sure that everyone knows exactly where to go and when to go. A good agency will be ready to deal with problems as they occur, finding alternative people if someone is suddenly unable to attend due to illness. The agency will also be watching trends, noting the type of people being sought by producers and actively seeking to recruit more actors to match those needs.

What makes a successful casting agency?

By far the most important element is the ability to offer a wide range of actors. Producers and directors like to have a good choice of potential talent.

The agency has to listen to what is required.

It has to be a good judge of character and ability to carry off a particular role.

It has to possess great organisational and administrative skills.

Staff need to be available 24/7 when necessary. After all, filming can take place at all times of the day and night.